The Feeling of Anticipation

This story narrates how constant menstrual awareness programs of the Savitribai Phule Tanda - a team constituted under Sugamya Shiksha at the school helped Divya to overcome the challenge of menstruation and motivated to take part in Sugamya Kreedotsava (Sugamya Shiksha’s annual district-level sports meet). 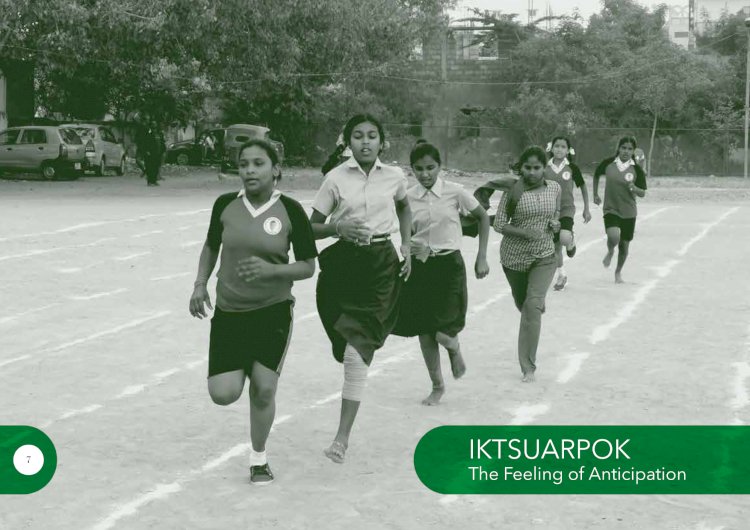 Sports is a universally shared human culture and a great unifi­er. It intrinsically does not discriminate between  people of different gender, colour or status. But due to social prejudices, the society keeps girls away from sports, especially when they are menstruating. Oftentimes it is forgotten that sports refreshes one’s body and mind and helps in maintaining a healthy lifestyle. Sports is also known to enhance self-effacing and is used as an effective method of communication. In Karnataka, the number of girls representing different sports across levels are gradually increasing. Yet, many in the rural parts of the state ­and it challenging to get such an exposure due to social and cultural barriers.

Divya from GHS Udburu had one such incidence of overcoming the gender barriers of sport. Like most of the children her age, Divya was interested in sports. She enjoyed participating in kabaddi, kho-kho and track events. Sugamya Shiksha’s Jockey Fit Children Program supported her dreams of pursuing sports at GHS Udburu. Her unctuality at the morning training programs was reflective of how serious she took her pursuit. She was also eager to compete in the year’s Sugamya Kreedotsava (Sugamya Shiksha’s annual district-level sports meet). However, fortune at times can skip a beat and that is exactly what happened with Divya. She started menstruating on the day of Sugamya Kreedotsava, while waiting in the bus to get to the venue. She was disappointed with the encounter. She got worried about being allowed to compete. With a heavy heart and mix of emotions swelling inside her, Divya got off the bus and headed homewards. She decided so because of her history of experiencing stomach cramps during the fi­rst few hours of menstruation. And also because of the prevalent custom of taking bath at the onset of menstruation. She was not sure how to explain it to her parents. For one moment she thought of not telling them, and considered taking a painkiller instead. That would help her compete in the tournament. But her obedient self would not allow her to simply walk out of the house without informing. So she decided to share her state of confusion with her mother.

Divya was surprised by her mother’s response. She said, “Oh, come on. You just can’t get away with this situation every time. This is just like any important physiological function of your body that you can’t escape. Learn to live with it. I understand you face pain; you should not let yourself down but learn to fi­ght it. Just imagine, all your efforts in the past one month will go in vain if you quit now. So, I would suggest you go for it.”

Divya did not know what to tell her mother at that moment. Perhaps, this might not be the case with all the adolescent girls of rural Karnataka who aspire for a future in sports. She felt it could have been possible because of many reasons. One could have been their assured relationship of mutual trust and support. The other, possibly the more important one, could have been the constant menstrual awareness programs of the Savitribai Phule Tanda at the school. Divya would regularly share the discussions held in the Tanda with her mother. She would talk about the video named ‘maitri’, which dispels the myths and advocates for rational safety measures during periods. Whenever Divya would take her friends’ home, they would all sit together and discuss menstruation and practices around it without any hesitation. Her mother could have been a passive participant to all these discussions, although from a distance. Besides, the science chapter on human reproduction also clearly stated the measures to be taken during the period of menstruation. And Divya realised it never mentioned about avoiding sports. This way Divya realised how her mother could have encouraged her the way she did today, by using a collection of reasoning.

Since then, Divya has inspired a lot of girls from the Savitribai Phule Tanda* to take part in sports activities and other physical activities without any concern or hesitation. She has also spread this awareness among the mothers through her friends. She advocates for women to attend to their lives as-usual, and not sit aside like in earlier days when sanitation was a major concern.

Divya concludes, “I want my teachers, friends and family to share this story to whomever they can. I would be glad if this story can inspire someone, no matter boy or girl. One need not be hesitant in sharing such situations irrespective of sex because this is just another biological process happening with us and not be a matter of embarrassment. These incidences must be spoken about to draw attention towards hygiene.”

It’s dignity, not just a welfare measure which is needed for PWD