Parents’ boost in enthusiasm for accessing English medium schools, construed upgradation of children’s career prospects and above all a step towards making educational ecosystem inclusive and accessible…Completing a year of piloting the conversion of 1000 government schools in Karnataka to English-medium, this blanket step stands upon an unprepared foundation.

According to media reports, the Department of Public Instruction revealed that almost 75% of the 1000 schools have seen a rise of more than 20 students enrolled. This overwhelming response has prompted the education department to review the status of the pilot and accordingly consider the replication of the pilot in another 1000 schools. 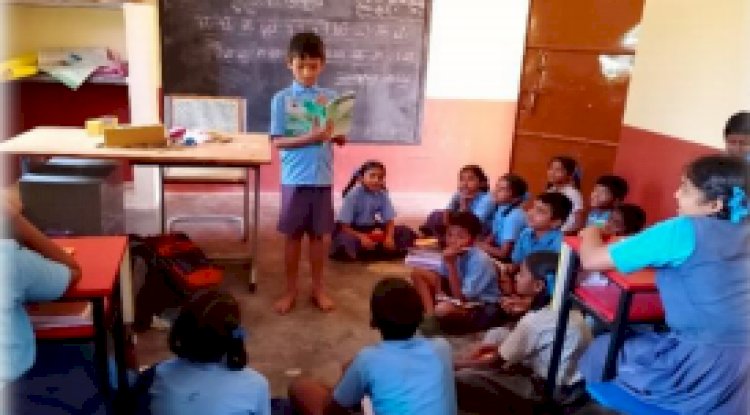 To incorporate the rise in student-enrolment, the existing infrastructure and resources doesn’t seem to be adequately lubricating. Constraints range from non-availability of classrooms to unprepared teachers to delve and adopt the English medium of instruction.

Voices from the grassroots resonate the ground challenges such as, teachers’ inability to cope to the change in medium of instruction classes in English as the sessions they took in Kannada have now seen a conversion. Children find it difficult to cope with English classes as now they would not only be subjected to new learnings but also a new language to imbibe the curriculum. Since almost all the children are first-generation literates in their family, the learning process amounts to a herculean task in English. Principals have raised concerns about the inadequate classrooms, learning materials, and teaching staff for incorporating this rise in students.

Irrespective of the ground barriers, parents consider this step of the government as an advantage. Parents construed this as an opportunity for making English Medium education accessible for all (especially the children who hail from families who cannot afford private school education).  This therefore, indeed fulfils the prime motive of increasing student enrolment in government schools.

In cognizance to the approach of the parents and vibes from the ground, grassroot functionaries suggested the following steps that the government should have considered or can still consider before expanding this blanket step:

Scientific research from across the globe has suggested that children exposed to learning in their mother tongues have a greater tendency to learn better than the ones being introduced to a new language. In this context, shouldn’t our approach be focussed towards strengthening the learning of language as an initial step before declaring the same as the medium of instruction upon a shaky, unprepared base? Although introduced as a pilot, this move definitely questions the principle of inclusivity attached to the same. With an unprepared foundation, this step has an inclination of excluding the groups of children [of the selected pilot schools] from building their learning foundations in an effective manner as they are deprived of an effective delivery of teaching and learning. Although there is a general popularity wave associated with English-medium education, it should not be introduced at the expense of surpassing the glory of Kannada language.

Shala Samsath to demonstrate the process of elections