Toyota Kirloskar Motor, as a part of their corporate social responsibility programs, constructed toilets in the government schools of Ramanagara district. As per the reports of the TKM, till 2017-18 they had constructed 495 toilets across the district. As the schools are requesting for new toilets, TKM management decided to understand the actual need. TKM solicited the services of GRAAM for conducting this study. GRAAM is providing strategic consultation to TKM’s CSR since 2012. 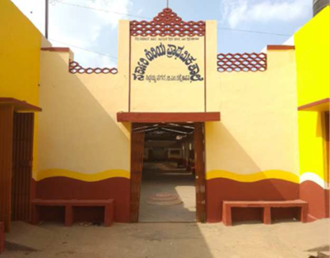 At the aggregate level, the student to toilet ratio in the schools across the district was well within the norms 1:19 i.e., one toilet per 19 students. However, at the desegregated level, toilets were insufficient. There were 176 schools in the district where the toilet to student ratio was inadequate. The school-level data also revealed that out of these 176 schools major portion of the schools was in Magadi and Kanakapura