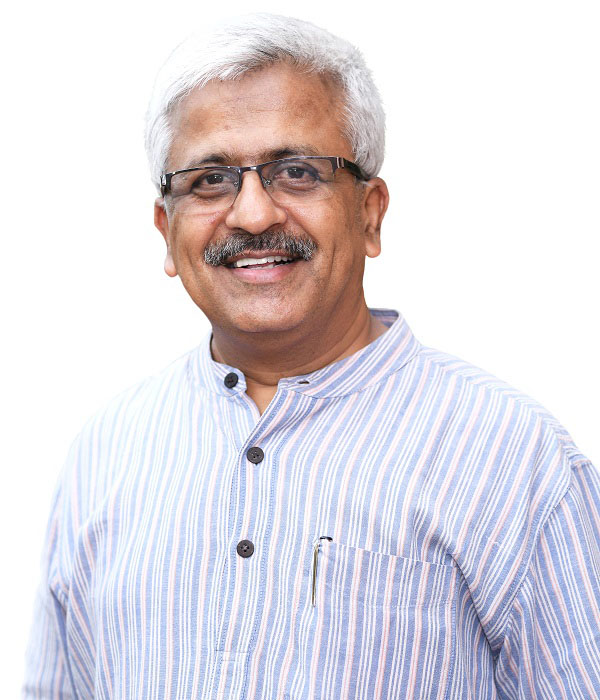 Dr R. Balasubramaniam (Balu) is a development activist, social innovator, writer and a leadership trainer.He is a medical doctor by training, with specialization in Public administration from Harvard University.

Inspired by the life and teachings of Swami Vivekananda, he founded the Swami Vivekananda Youth Movement at the age of 19 and went on to work with the displaced and dispossessed forest-based tribes in H.D.Kote Taluk of Mysore District, Karnataka and this has grown to be one of India’s finest NGOs.

Dr. R. Balasubramaniam teaches and lectures at various universities across the globe, on issues related to Leadership, Governance of NGOs, Poverty and Development, and Global Health. He has been bestowed with the honor of being the Frank H T Rhodes Professor at Cornell University, USA and is also the Adjunct Professor of International Programs at the University of Iowa, USA. He regularly runs leadership workshops for the Govt, NGOs and corporates, both in India and abroad, with his niche areas being ‘enlightened leadership,’ ‘adaptive leadership’ and ‘servant-based leadership’ as propounded by Swami Vivekananda. Over the years, Dr. R. Balasubramaniam has been a member of several Central and State Government committees. He also served as an adviser and consultant to the World Bank and WHO. He is also the Professor and Head of the Vivekananda Chair, University of Mysore.

Dr. R. Balasubramaniam has been passionately involved with the anti-corruption movement in India and has assisted the Karnataka Lok Ayukta in investigating issues of corruption and maladministration in the Medical Education department and Public Distribution System of Karnataka. He travels across the country, speaking and interacting with the youth, motivating them to be good citizens and play their part in building a new and resurgent India. Dr. R. Balasubramaniam writes in local English and Kannada dailies and blogs regularly, mostly about development issues. He currently resides in Mysore, Karnataka and can be reached at drrbalu@gmail.com

An Article About Dr. Balu on TATA Reveiw website

This article talks about GRAAM’s Founder and Chairman Dr. Balasubramaniam ‘s journey started, the milestones, and what Dr.Balu belives about Social Development.