With the emergence of the 21st century and the bombardment of information technology, it became absolutely necessary for people to fetch education beyond basic math and science. In order to survive the new age of technology, business, and communication, children have to be equipped with what is called 21st Century Skills. 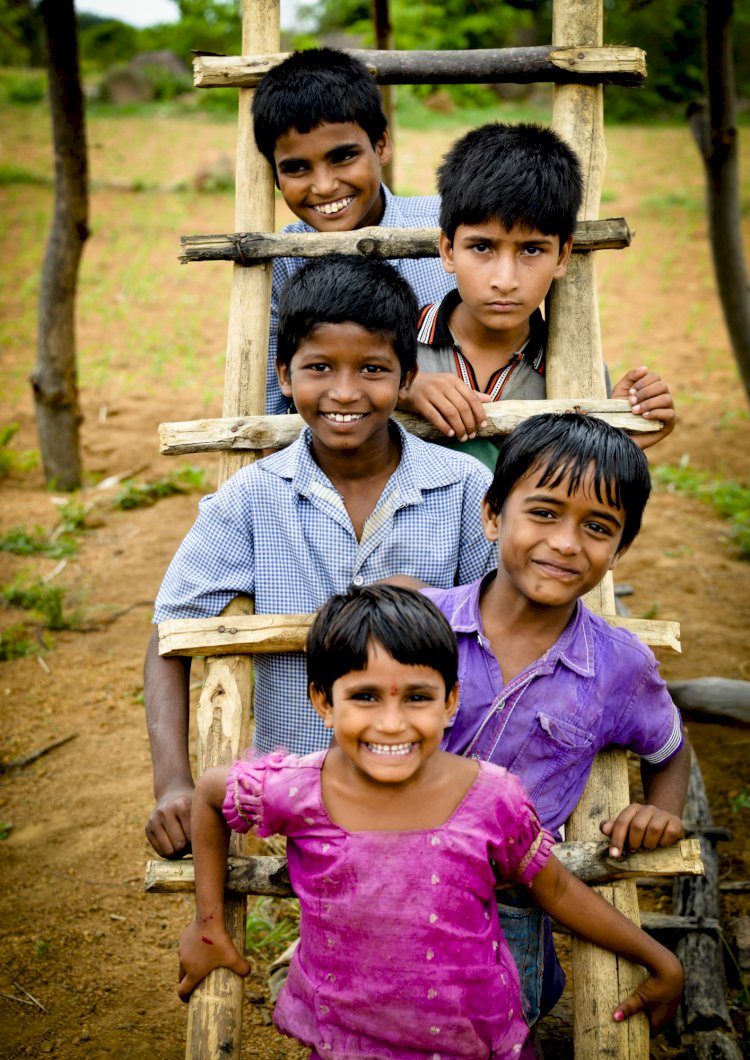 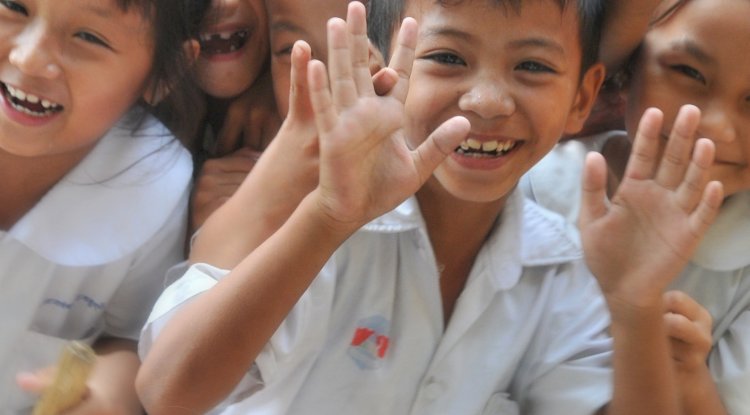 The once-in-a-millennium occurrence of the pandemic changed the dynamics of global culture. Not only did it make us realize the importance of health but also opened the gates for information literacy. The National Education Policy 2020 was one of the much-debated topics in the country, with its intentions and execution being questioned by experts. However, the emergence of lockdown, digital classrooms, and tech-based education silenced these debates.

Even though there are questions about the extent to which NEP 2020 can help build the skilled workforce of the future, NEP 2020 does throw light on the need for integrating 21st Century Skills into the education system.

It has been 22 years since the dawn of the new millennium, yet education in India is a privileged concept. In 75 years of Independence, India has achieved 74% literacy rate" or "India managed to achieve 74% literacy rate in the past 75 years. The British Raj had left India with a 12% literacy rate and the country has achieved this feat by bringing changes into the education system twice. While we are still taking measures to provide basic education, especially to the rural and marginalized communities, the world is already talking about 21st-century skills and future-ready jobs, posing a challenge for India.

The pandemic did put everybody into thinking about how important skills are beyond reading and writing. The country soon realized that mere literacy would not strengthen the future generation. With the emergence of the 21st century and the bombardment of information technology, it became absolutely necessary for people to fetch education beyond basic math and science. In order to survive the new age of technology, business, and communication, children have to be equipped with what is called 21st Century Skills.

In the pre-Independence era, the British government’s apathy towards the development of the Indian masses resulted in a mere 16% literacy in undivided India. Therefore, while enacting the constitution, the pro-education groups demanded that education be made a fundamental right. Since then, in the 75-year-long history of Independence, the government of India has implemented several reforms to provide equal education to all children.

The Constituent Assembly in 1949 adopted Article 45 as a non-judicial provision of India’s constitution which directed the state to provide, within 10 years, free and compulsory education to all children until they attain the age of 14 years. In 1964, to increase the literacy rate, the government appointed the Kothari Commission which recommended the introduction of a common public education system and a gradual increase in government investment in education from the then 2.9% of GDP to 6%. The Union government issued a new National Education Policy and soon in 1988, Operation Blackboard was introduced. This aims to provide minimum essentials in the schools, such as teachers, infrastructure, and teaching and learning material.

NEP 2020, being the third major education policy since Independence, aims to transform the education system for futuristic needs.

The Glossary of Education Reform defines 21st Century Skills as “A broad set of knowledge, skills, work habits, and character traits that are believed—by educators, school reformers, college professors, employers, and others—to be critically important to success in today’s world, particularly in collegiate programs and contemporary careers and workplaces. Generally speaking, 21st-century skills can be applied in all academic subject areas, and in all educational, career, and civic settings throughout a student’s life”.

CBSE says 21st Century skills are those skills that contribute to the holistic development of students, resulting in the contribution to the progress and development of society/ nation and the world.

Although attempts have been made to define 21st-century skills and to put them into a frame, the concept remains in an amorphous body with wide-ranging knowledge and skills. 21st Century Skills are not categorized and confined, so when the set of skills is to be named, it goes on as a non-exhaustive list.

In the age of Information and Digital Literacy, the concept of 21st-century skills can roughly be categorized into three sections.  Critical thinking, Creativity,  Collaboration, and Communication fall under Learning Skills, whereas Information, Media, and Technology literacy falls under Literary Skills. Life Skills include Flexibility, Leadership, Initiative, Productivity, and Social skills.

The National Science Teaching Association, Virginia, USA in a report published in 2011 highlighted the importance of 21st Century skills. It said “Exemplary science education can offer a rich context for developing many 21st-century skills, such as critical thinking, problem-solving, and information literacy. These skills not only contribute to a well-prepared workforce of the future but also give all individuals life skills that help them succeed”.

The current education system is predominantly focused on concepts like reading, writing, and basic arithmetic. However, the three Rs’ have little to do with combating modern issues. In the age of globalization, complex information, and technology, students need to critically think, have a collaborative mindset, exemplary communication skills, and social skills to adapt to new social environments. The age-old concept of equipping students to become mere ‘literates’ would not help build a stronger youth force.

The education system in India is loosely based on the ‘Reproductive Method.’ The information is merely transmitted from teachers to students who reproduce the same in the examination. Each year, students are promoted to higher classes based on their examination scores. But the question is are they truly being educated, are they being skilled appropriately?

Catching on to the emergence of 21st-century skills early, India in its 3rd NEP since independence decided to add it to its formal education system.

In the 21st Century Skills handbook released by the Central Board of Secondary Education, it says that the Education Board understands the importance of empowering students with 21st Century skills and it is doing its maximum to achieve the same.

The CBSE has identified concepts under the 21st Century skills and is now creating activities around them. The education board has suggested activities like impromptu debates, riddle solving, and cross-questioning sessions during the zero hours that could enhance critical thinking skills among the students. Besides, activities have been prescribed to encourage innovation, creativity, and collaborative skills as well.

The pandemic was not just a game-changer for students but also for teachers whose blackboards were replaced by laptop screens. The teachers too had to adapt to the changing format quickly and struggled to become technologically sound.

So, along with imparting 21st Century skills to new generations of students, it is also necessary to train the trainers. The style and approach to teaching must emphasize learning in the 21st century. National Skill Development Corporation, says “Training and development of Master Trainers is an instrument to meet the twin challenges of continuous improvement and demands of change. There is an ever-emerging challenge of capacity-building for trainers. Thus, it is necessary to recognize the crucial role of the Master Trainer from being a provider to an enabler, facilitator, and change agent where the learner is in the focus”. Along the same lines, the Director General of Training has considered training the trainers in six high-demand trades. DGT is also encapsulating blended content into ToT.

Speaking of ‘Train the Trainers’, Usha Raghupathy, Head, Programs (Sugamya Shiksha) at GRAAM says that the public education programs in India are robust, and teachers are knowledgeable given the extensive and critical recruitment process. “The teaching community has to embrace the paradigm shift radically to redefine our teaching-learning process in the classroom. Open-minded and rational educators are needed, they should accept the change and bring changes in themselves in the learning process”, she concludes.

Moving forward, training is also pertinent to those imparting vocational education. The Union Government’s idea of Training the Trainers (ToT) constituted under the Directorate General of Training speaks of how important it is to train the trainers. The government is now offering courses to equip trainers with a new set of skills. Recently, more than 10,000 teachers have enrolled in the National Education Policy (NEP) 2020 Professional Development Programme (PDP) offered by Indira Gandhi National Open University. The goal of this program is to promote holistic, multidisciplinary skill-based, and value-based education.

Efforts by the Government of India

In order to incorporate 21st Century Skills into the curriculum, the CBSE has partnered with UNICEF and YuWaah to promote life skills. Young Warrior NXT and YuWaah Skills initiatives are aimed at making young people job-ready. The objective of the overall program is to influence and shape the life skills ecosystem and its delivery in India.

Skill Development initiatives like PMKVY, CMKKY, and DDU GKY already exist to promote skill and vocational training. These programs are shaping the youth into skilled, employment-ready individuals.  The Directorate General of Training (DGT) which is housed within the Ministry of Skill Development and Entrepreneurship (MSDE) caters to over 2.5 million students enrolled in Industrial Training Institutes (ITIs) across India.

Besides government initiatives, non-profit organizations and Corporate Social Responsibility activities are also at the forefront of implementing 21st Century Skills.

Quest Alliance, a non-profit organization in India has created a tool called MyQuest using which, they training provide 21st-century skills to ITI (Industrial Training Institute) students and aims to enhance their employability and employment prospects. In 2019, My Quest facilitated a collaboration between Accenture and Cisco and partnered with the Ministry of Skill Development and Entrepreneurship, and trained over 2.5 million youths to enhance their skills and employability by 2024.

Similarly, interventions by Dream a Dream has elevated the skills of over 10,000 youngsters every year. Through their innovation labs- After School Life Skills Programme and Career Connect Programme, Dream a Dream has trained over 1000 educators impacting more than 2.5 children. For the students of 1 to 8th grade of the government schools in Delhi, the Happiness Curriculum, another initiative of Dream a Dream is introduced.

"21st-century skills are imperative for the development of human capital of the country and thereby its development. The biggest limitation we are seeing among the students graduating from schools and universities is the ability to critically analyze the concepts taught, comprehend, and communicate. We need not impart 21st-century skills as a standalone subject. It should be integrated with the curricular activities, very systematically. For instance, the Sugamya Shiksha Program of GRAAM-Makkala Sante (a market set up by students in the school) activity provides a natural platform for children to think critically, collaborate with their peers, and communicate with consumers about why their product is good. It is now important to develop an operational framework and process to integrate 21st-century skills in the schooling system of our country” says Dr Basavaraju R Shreshta, Executive Director of GRAAM and Principal Investigator of State of the Sector Report of 21st Century Skills in India developed by GRAAM and UNICEF in collaboration.

“Ignorance of the system and prejudiced mindset of society limits employment...

3PE workshop turns out to be a stepping stone for aspiring policymakers...