Nava Siri- We Mill’s celebration of Millet a grand success

Each day of Navaratri was celebrated by encouraging different art forms around the themes of Ragi and Navratri under our Nava Siri campaign. We Mill is fully and solely owned by 14 first-generation rural women entrepreneurs and we are committed to training and transforming women into social entrepreneurs. 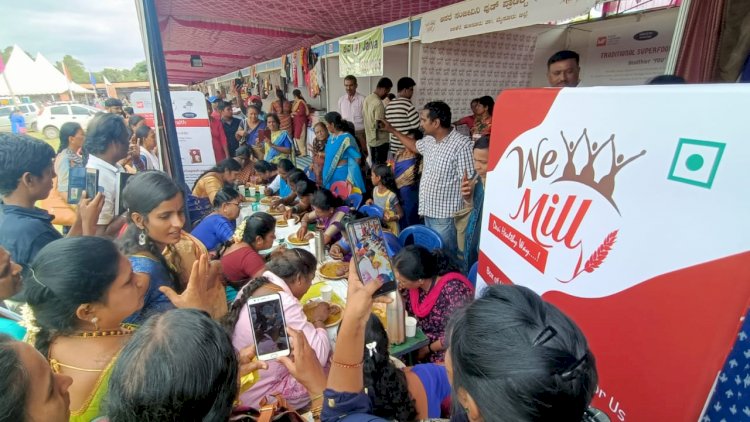 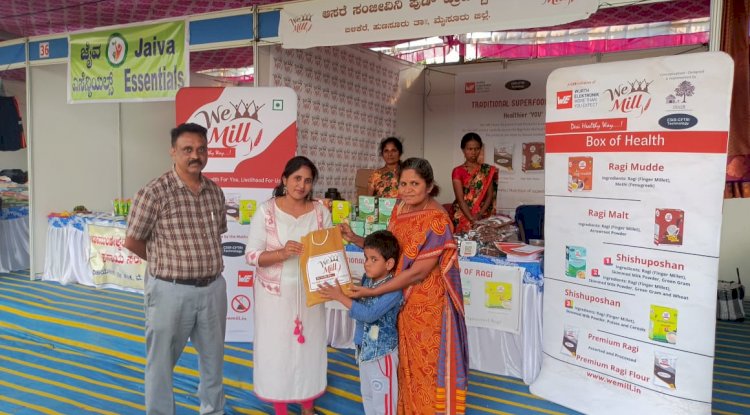 October 1, Mysuru: The curtains fell for the week-long Navasiri Navaratri celebrations of We Mill, the city’s social business initiatives on October 1. The success of We Mill’s new campaign brought back the focus to millets and rural entrepreneurship reflecting GRAAM’s research-oriented social impact program designed for Weurth Electronics India Pvt Ltd.

With an aim of vocalizing the benefits of Ragi and bringing this superfood back into our lives, the Nava Siri campaign was hosted at the Mahila and Makkala Dasara premises, JK Grounds. Starting from September 26, a diverse range of activities coinciding with the Dasara celebration were held for the general public. The NavaSiri campaign was a huge success.

Each day of Navaratri was celebrated by encouraging different art forms around the themes of Ragi and Navratri under our Nava Siri campaign. We Mill is fully and solely owned by 14 first-generation rural women entrepreneurs and we are committed to training and transforming women into social entrepreneurs. Since the Dasara festival is a celebration of Shakti, the epitome of power, the Nava Siri campaign was designed to celebrate and encourage the We Mill women.

Through competitions like Ragi Mudde eating under NavaRuchi and millet-based cooking under NavaSiridhanya, We Mill aimed to promote healthy dietary habits. As many as 40 women from across Mysuru thronged the Mahila Dasara premises to try their hand at eating Ragi Mudde. The women were divided into three groups and 6 women were awarded for eating Ragi Mudde s quickly as possible. In the NavaSiridhanya competition too, three women were awarded for their exceptional culinary skills.

Nava Siri campaign also aspires to speak of the rich culture that is radiated by Mysuru. Hence, we invited people to click, draw, sing and recite the richness of the city and its local produce. People of all age groups joined us in celebrating the amazing benefits of Ragi and millets. For winners of every competition, existing gift hampers awaited them at our stall. Adding to the experience were our 14 women who shared their success stories with the participants with welcoming smiles.

The women of We Mill also got to interact with many media houses in Mysuru. For the popularity and authenticity of the products, journalists from all the major newspapers and TV channels flocked to the We Mil stall. We Mill was also featured on Radio Mirchi and 92.7 BigFM.

Given that the We Mill products like Ragi Mudde Mix and Shishuposhan use CSIR-CFTRI technology, the country’s leading food technology research institute had invited We Mill to set up a stall in the institute’s premises. At the Cheluvamba Mansion, a two-day Open House was organized to pave way for the display of CFTRI’s technology. On September 26th and 27th, the women of We Mill spoke of their products to curious customers and spread awareness about the benefits of Ragi. Open House is a yearly event wherein the CFTRI allows the general public to have a look at their products and the technology behind them. People from across the district paid a visit to the Open house in those two days.