Ongoing research at GRAAM for the months of January - March 2021 includes the NHSRC study, the Skill Gap Study and Demonstrating Community Monitoring and Social Audit mechanisms for Health and Wellness Centres study. 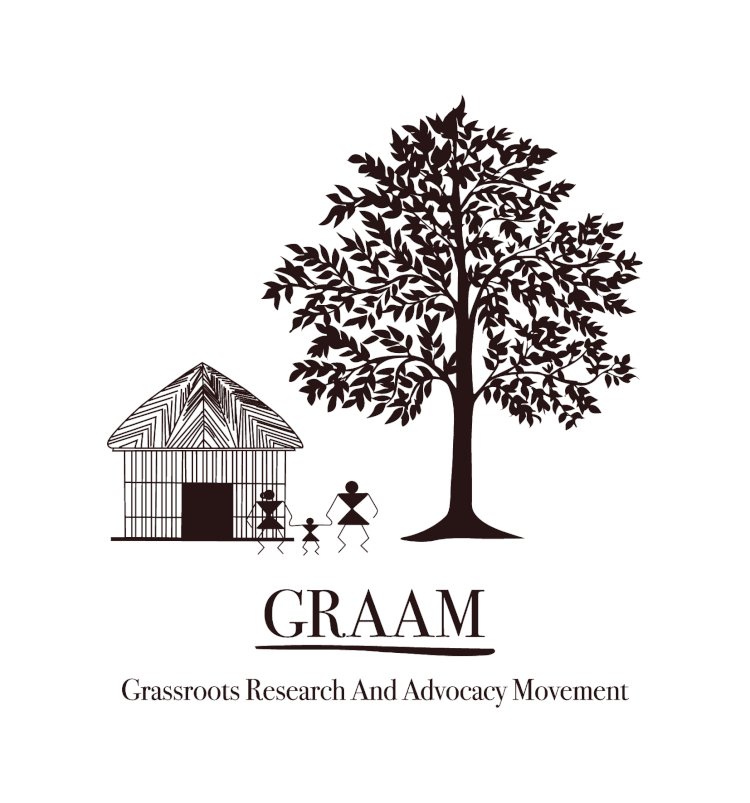 Demonstrating Community Monitoring and Social Audit mechanisms for Health and Wellness Centres in Jharkhand — is an ongoing project, in collaboration with Jhpiego with an objective to create Jan Arogya Samiti (JAS) at the SHC level, increase the uptake of RMNCH+A, family planning, and TB services.

GRAAM is working with Srijan Foundation for implementation across 35 SHC HWCs in Khunti and West Singhbhum district of Jharkhand. GRAAM research team initiated a situational analysis study to understand the present status of HWC, community response, and socio-physical barriers, using which it has created a feasibility matrix for shortlisting the SHCs suitable to conduct the intervention. GRAAM research team is in the process of developing training modules for the creation of JAS, roles and responsibilities of JAS, health related themes like RMNCH+A, family planning and TB. GRAAM will also discuss strategies with Srijan Foundation on how to conduct the intervention to attain the project's objectives, as per plan, within next 18 months with quarterly monitoring and evaluations of the intervention which will help to timely revamp our strategy to attain our goals.

National Health Systems Resource Centre (NHSRC), under the Ministry of Health, Government of India employed GRAAM for the assessment of Health and Wellness Centres across the country. Some of the objectives of the study includes: Review the adequacy and quality of key processes and inputs for operationalising the HWC; Assess improvements in outputs since HWC operationalization; Assess the monitoring and review mechanisms of  the state including quality of service delivery reporting for HWC operationalization; Assess the extent of community outreach and community connection of HWCs, keeping with the requirements of the People-Centred Healthcare paradigm and Assess the status of service delivery of primary health care services (including COVID-19 and non-COVID essential services) during pandemic period and document adaptations (access to services, availability of CHO at the centre) undertaken.

GRAAM undertook this evaluation study across eight states of Karnataka, Andhra Pradesh, Maharashtra, Gujarat, Uttar Pradesh, Manipur, Chhattisgarh and Punjab. In these states GRAAM partnered with local NGOs to support data collection such as HABF, Guru Angaddev Seva Society, among others. GRAAM initiated Data Collection in seven states simultaneously, driving towards completion within 15 days. The data collection was congruent with the mixed method approach of the study consisting of In Depth Interviews (IDI) and User Surveys. Through the study GRAAM evaluated the expanded range of services, knowledge of Community Health Officer, user perception and satisfaction about services at Health and Wellness Centres. Along with ground level understanding, GRAAM also recorded the view of state level officials to inculcate macro policy details and further short and long term plans. GRAAM undertook IDIs of various caregivers such as Medical officers, ANM, various state and district officials such as DHO, MD-NHM. Along with caregivers GRAAM undertook IDIs of users ailing from various diseases such as Hypertension and Diabetes.

As part of deliverables, GRAAM submitted all eight state reports highlighting the best practices along with situation analysis of each state. This study is expected to help Government of India to identify ground realities and scale up best practices across country's Health and Wellness Centres.

Impact Evaluation of CMKKY and PMKVY in Selected Districts of Karnataka

Karnataka Skill Development Corporation has engaged GRAAM to carry out an impact evaluation of CMKKY and Pradhan Mantri Kaushal Vikas Yojana (PMKVY) in Selected Districts of Karnataka. The study majorly focuses on the impact of the schemes on youth, and availability of skilled workers in the study area. These Skill Certification Schemes are aimed to enable and mobilize a large number of Indian youth to take up skill training and become employable and earn their livelihood.

The study is being conducted in the six districts of Karnataka (Raichur, Yadgir, Dharwad, Shivomagga, Dakshina Kannada and Ramanagar). The data collection for this study started in the mid-march and is in the last phase currently. The data collection for this has three components – Beneficiary Survey Questionnaire, Non-Beneficiary Survey Questionnaire, and In-depth Interviews and Focus Group Discussions with the key stakeholders.

Skill Gap Study in the Selected Districts of Karnataka

Karnataka has an opportunity of achieving faster economic growth due to favourable demographic dividend, by promoting Skill Development of the general working population and youth in particular. Skill Development is imperative for Karnataka at the moment as the state aspires to be the choice of destination for the Skilled Human Capital. However, there is a huge gap between the ‘Skill Acquired’ and the ‘Skill Required’. One of the major suggestions in the Karnataka Skill Vision Document 2025 is to have proper information on the Labour Market Situation at the District level. At present, we do not have a major comprehensive study done at the district level for understanding the skill gap. Hence, GRAAM has been engaged to take up such a study by Karnataka Skill Development Corporation (KSDC) in three districts – Raichur, Yadgir, and Ramanagara as a pilot initiative. This study will pave the way for taking up similar and larger studies covering each of the districts. Results and estimates of this study will also give scientific evidence to the department for planning future skill development initiatives.

GRAAM team, with the support of its local partners in the three districts, is in the process of data collection for the project. The data collection has three primary stakeholder groups engaging in the Quantitative Survey – Youth in the age group of 16-35 years who have studied till 12th standard and are residing in their village, youth who are attending degree college pursuing BA, B.Sc., and B.Com. (both groups of youth are those who have not undergone any job oriented skill training and make up the supply side) and fifty industries from each district (this makes up demand side). While the qualitative survey includes select primary stakeholders, along with secondary stakeholders such as Panchayat Development Officer, CEO Zilla Panchayat, Personnel of Agriculture Department, Animal and Husbandry Department, and Horticulture Department, Joint Director – District Industries Centre, Personnel of Khadi and Village Industries Board, etc. They all form part of reflexive in-depth interviews and focus group discussions. The study is expected to conclude between may-june, adhering to COVID imposed restrictions in place.

Learning to be the core of monitoring and evaluation