As per the data released by MNREGA in Karnataka, over 80 lakh people applied for job cards out of which only 22 thousand people with disability received some kind of employment under the scheme. This exposes the lacuna that exists in inclusivity in the workforce, leaving behind a huge chunk of the eligible population that can contribute to the aim of a 5 trillion economy. 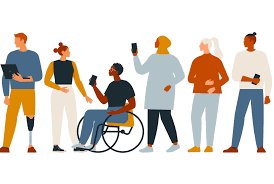 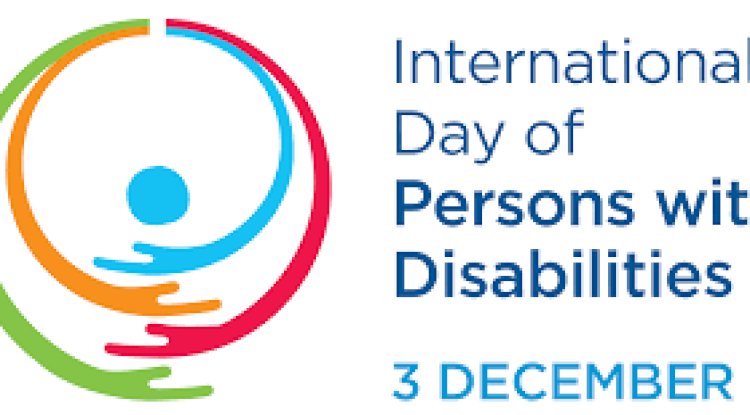 India is still lagging behind in having an inclusive workforce be it including women or persons with disabilities. A total of 26.8 million people in India are disabled, however, of the total population, only 26% constitute the working population, as per Census 2011.

As per the data released by MNREGA in Karnataka, over 80 lakh people applied for job cards out of which only 22 thousand people with disability received some kind of employment under the scheme. This exposes the lacuna that exists in inclusivity in the workforce, leaving behind a huge chunk of the eligible population that can contribute to the aim of a 5 trillion economy.

To resolve this challenge, MNREGA Karnataka, the Department of Rural Development, and Panchayat Raj initiated surveys across the state asking surveyors to enroll more people with disability under the scheme. Grassroots Research and Advocacy Movement, a development research and policy organization has also been tasked by MNERGA to conduct grassroots research on the extension of the employment guarantee scheme to the vulnerable population including the people with disabilities in the state.

Inclusivity of persons with disabilities does not only mean providing jobs to the deserving but also bringing about a mindset change and erasing the social stigma attached to it. Taking efforts towards the same, the Prime Minister in the year 2015 coined the term “Divyang” to respectfully address persons with disabilities. The term not only meant respect, but it also aspired the inclusion of these communities.  Yet, it is unfortunate that the needs of the PwD are not prioritized. However, it is at home that the marginalization begins. Often, PwDs are not actually counted by their own people. UNICEF suggests that when it comes to reducing stigma and discrimination, interventions that address multiple socioecological levels, target multiple audiences and combine communications, advocacy, and programming are documented to be more effective than standalone initiatives.

Not counted, not considered

A few years ago, GRAAM had come out with a paper demonstrating ‘How People With Disabilities Are Counted Differently By Different Authorities’. Thanks to our governments, now we have UDID cards being issued, but not at the expected pace. Only recently did Karnataka achieve a milestone by distributing more than 5 lakh cards. But we still have under-counting issues due to various technical reasons in India and it looks like the program implementation machinery is suffering from a locomotor disability.

We need transition support programs by the Department of Higher Education to facilitate youth with disabilities. These models already exist in the west and there is a need to contextualize them. We also need to efficiently transition educated and skilled youth to work. Creating support groups and affinity groups of PwD would enhance their social capital. The sense of dignity and assurance received through these support groups would help in making PwD a part of India’s growth story.

Employment means DIGNITY for PwD, and it is not merely a livelihood opportunity

Skilling should be the foremost in the agenda of empowerment of PwD and it should begin with understanding their unique abilities. In some sectors, PwDs are more able than others. Therefore, we need innovative solutions from new-age start-ups to fuel this mission.

In India, over 70% of PwD live in villages. We know for a fact that the agricultural labor opportunities in rural areas are shrinking. Given that PwDs cannot migrate or commute to towns for livelihood, there is a need for more proactive policy measures to include them in employment schemes like NREGA, to begin with. We had livelihood models promoted under the Society for Elimination of Rural Poverty (SERP) in unified Andhra Pradesh.  Similarly, there exist other good models initiated by Civil Society Organisations, only State Livelihood Mission needs to take note of it.

Policy changes are yet another significant step to strengthen their position in society. In order to economically strengthen the community of persons with disabilities, several governmental schemes have been launched, however, the PwDs are always at bay. Among the population of persons with disabilities, reports suggest only 37 lakh people are currently employed. To tackle the same, the central government launched a scheme titled ‘Incentives to Private Sector Employers for providing employment to persons with Disabilities’. Under this, the government would provide incentives to private employers for employing the PwDs, yet the employability among them is low. When there are schemes ready to uplift the PwDs why are they any takers?  The governments have to look beyond just livelihood opportunities and strengthen their technical and vocational skills.

In the recently concluded International Day of Persons with Disability, the United Nations highlighted the need for inclusive development of the PwDs, but the theme of this year triggered my thoughts and raised some concerns too. “Transformative solutions for inclusive development: the role of innovation in fuelling an accessible and equitable world" seems to be a heavily loaded, comprehensive, and aspirational slogan. But will it be a reality, at least later, if not sooner? It seems as though hope is the only option for Persons with Disabilities (PwD) and for the people committedly to working for the cause in the sector.

Our Honorable Prime Minister of India, Narendra Modi had brought some concerning issues to the forefront which were not even discussed for decades. Be it coining the term ‘Divyang’ or the Accessible India initiative to make public infrastructure disability-friendly, PM’s attention to the neglected issues is inspiring. If only these schemes and initiatives could reach the last mile. Not just the government body, but it is also upon the government, civil society organizations, and the common citizenry to be inclusive towards the marginalized sections like PwD for the holistic development of the nation.

Children with Disability (CWD) and Education

While we have policies to take education to the doorsteps of Children with Disability, unfortunately, it has not been implemented in the desired manner. Swami Vivekananda once said, “Education is the only service that we need to provide to our people, rest will happen as its effect.” Several courts have been questioning different state governments for not recruiting special educators. The system is caught between the debate of inclusive and exclusive education. However, inclusion should begin with bringing children to schools. We must leverage technology to reach children with special needs. Again, this space demands innovation.

Our 3A sisters (ASHA, Anganwadi, ANM) need to be capacitated to screen the signs of disability at an early stage. Now that we have a new cadre of Community Health Officers in place, increasing community outreach programs is needed. Taking health benefits to the doorstep is the key to both prevention of disability and the promotion of health care.

The government has created Village Rehabilitation Workers and Multi Rehabilitation Workers at the panchayat and block levels, respectively so that the information pertaining to education and employment opportunities can be conveyed to the rural population. However, when our team visited the grassroots level, to our surprise, the panchayat members did not know what these roles meant. If the PwDs at the rural level needs to be strengthened, there should be skilled panchayat members to achieve it. Even though there are few responsible corporates who want to hire persons with disabilities, no facilitative system to execute it. Governmental schemes and policies need to harness the strength of the PwD communities to make them a skilled force. Only then can an accessible and equitable world for all be a reality. Accessibility enables us to harness the ability of all, equitability enables us to harvest humanity in all.

(The author is serving as the executive director of the public policy think tank GRAAM and a former fellow of the Employment and Disability Centre, Cornell University, USA)

GRAAM’s Hand book on “Managing the schools during the pandemic”

The curious case of child marriage and COVID 19