As a part of the formation of Jan Arogya Samiti (JAS) as an institutional platform at the sub-health center in the two districts of Jharkhand, the team members of GRAAM conducted various activities in order to mobilize the JAS members. 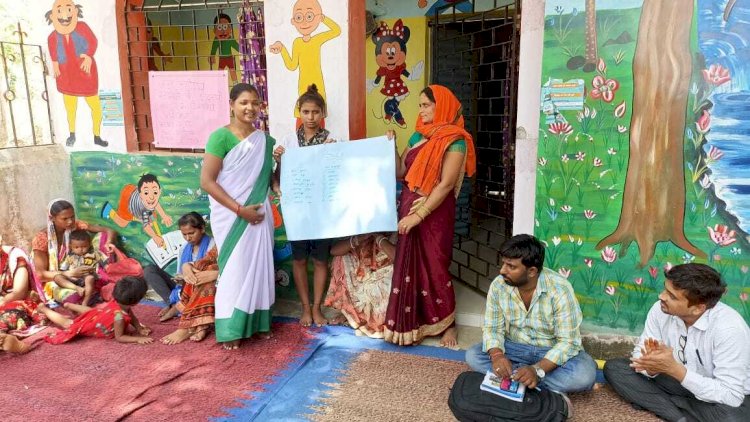 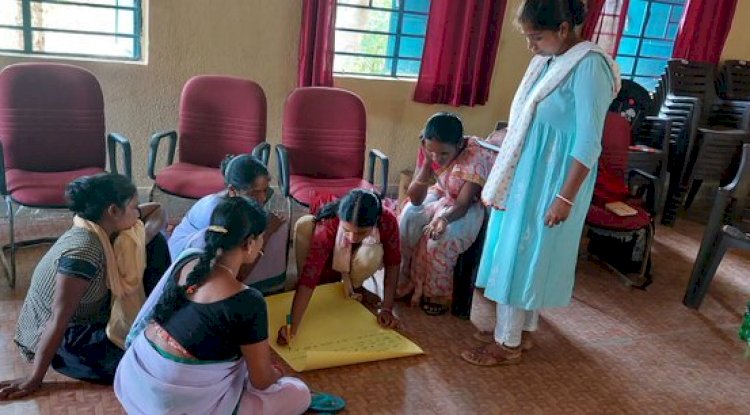 Jharkhand: With the support of USAID, NISHTHA-Jhpiego in collaboration with GRAAM is working on a community-led monitoring mechanism and establishment of Jan Arogya Samitis (JAS) for strengthening the delivery of CPHC through SC-HWCs in Jharkhand.

The project is being implemented in the selected 35 AB-HWC of West Singhbhum and Khunti districts of Jharkhand. As a part of the formation of Jan Arogya Samiti (JAS) as an institutional platform at the sub-health center in the two districts of Jharkhand, the team members of GRAAM conducted various activities in order to mobilize the JAS members.

GRAAM along with NISHTHA believes that Jan Arogya Samitis play a huge role in developing sustainable health plans and in strengthening behavior change among the community members. Between April and June, the team stationed at Jharkhand trained the JAS members to implement the plan at the grassroots level. The Jan Arogya Samiti members were also taught about the concept of the Samiti, its objectives, and the role and responsibilities the members would be expected to deliver.

Monthly meetings are undertaken to understand the concerns of the members and they are also being trained to solve the same. In one such instance, the JAS members of HWC Bhandra and Mahil were oriented on their roles and responsibilities in building a healthy village. A total of 17 members from the Bujur village were trained to carry out their responsibilities.

JAS members are working dedicatedly to plan and support multi-sectoral action on Social and Environmental Determinants of Health. To evaluate present health trends, a meeting was organized in Chaibasa. The members were able to bring new ideas to the discussion table.

The research team was also identifying the Jan Arogya Samiti members from the non-health sector with the aim to collect data for the Patient Satisfactory Survey. This data along with other technology-based data collected would be used to understand the condition of the available services and delivery items at the AB-HWC. The team has successfully recorded 750 patients’ data.

The team of NISHTHA and GRAAM provided orientation to the JAS members under Health and Wellness Centre Ambari in Jharkhand and conducted community engagement activities and a Patient Satisfaction Survey.

Currently, as many as 42 monthly meetings have been organized in which 230 JAS members and 166 villagers have actively participated.

This new institutional platform will give a voice to the most marginalized sections of the society and they will play an important role in health planning, raising resources for the improvements of health infrastructure and facilities, and working for the solution to the health problems of different age groups at a community level.

‘Children’s engagement with learning is disrupted during the pandemic-related...