GRAAM recommended a hike in senior citizens' pension amount based on inflation and increasing medical burden, through its Senior Citizen's evaluation study in Karnataka. The state government has initiated hike to the old age pension to INR1200 under Sandhya Suraksha Scheme. 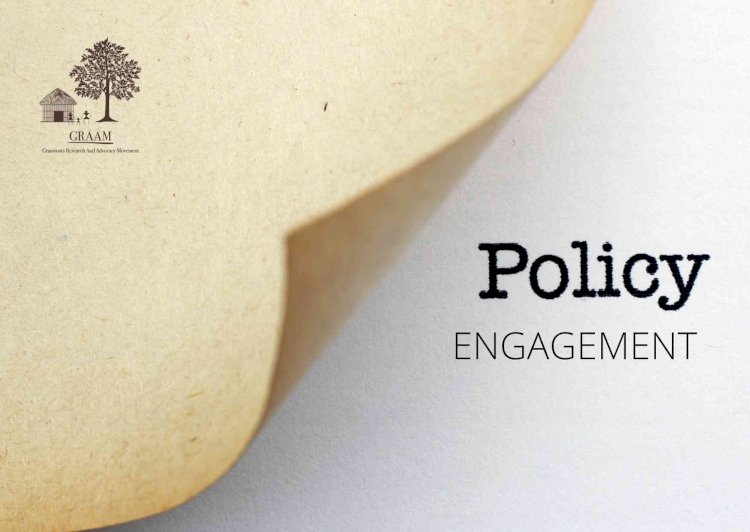 Being a Public Policy Research Institute, GRAAM connects with policy makers in many ways in the process of policy making. GRAAM bestows guidance in planning and demonstrating effective public policy. In one such Policy engagement initiative GRAAM recommended a hike in senior citizens' pension amount based on inflation and increasing medical burden, through its Senior Citizen's evaluation study in Karnataka.  The state government has initiated hike to the old age pension to INR1200 under Sandhya Suraksha Scheme.

Social security pension schemes were introduced in order to assure a minimum standard of living for elderly population who are vulnerable and desperate.  This scheme ensures economic and social support for the elderly people who are incapable of earning their livelihood due to age factors. In India both union and state Governments have introduced senior citizen pension schemes to provide income security for the elderly people. Karnataka introduced Sandhya Suraksha Yojane (SSY) in 2007, to cover the larger section of poor elderly who may not be covered through the Indira Gandhi National Old Age Pension Scheme (IGNOAPS) initiated by the Central government. The objective of SSY is to provide financial assistance to the eligible senior citizens of Karnataka while the objective of IGNOAPS is to provide a basic level of financial support to the destitute elderly.

GRAAM, commissioned by KEA, evaluated the effectiveness of SSY in the state of Karnataka and its effects on the socio-economic conditions of elderly populations of the state. Some of the areas that were studied as part of the evaluation were

The study found that the pension amount (Rs 600 or Rs 1000) has a huge gap with beneficiaries’ expenditures (average Rs 4770/-) and not keeping pace with inflation. Thus, the study recommended Pension amount indexed to inflation biannually, revised every two years. As this pension amount is not covering the entire monthly consumption expenditure of the beneficiaries, and as this amount was found to be inadequate, GRAAM made a suggestion to bring in a policy level change where the SSY pension amount must be raised to 50% of minimum wage or at least Rs 2000/- per month. As recognition of the earnest effort made by GRAAM in this regard, the present government of Karnataka has decided to increase the pension amount under Sandhya Suraksha Yojane from Rs.1000 to Rs.1200 and this is expected to reach and help 35.98 lakh beneficiaries.

For more about the report, please visit:

The Long for Opportunity