A look into the Forest Rights Act 2006, beyond rejections

The Forest Rights Act (FRA), 2006 acknowledges the rights of the forest-dwelling tribal communities and other traditional forest dwellers upon forest resources as these communities are contingent on the same, for several requirements comprising livelihood, habitation, and other socio-cultural needs. 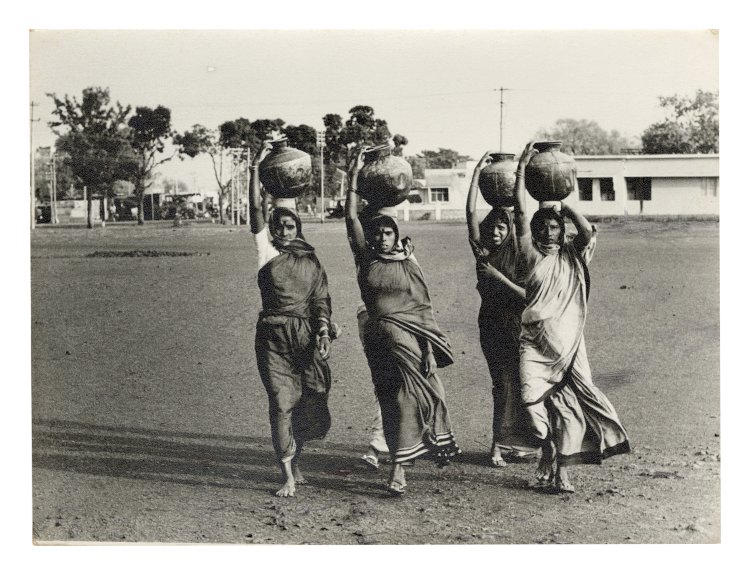 Recent news reports on the Forest Rights Act-2006 (FRA) in Karnataka raised alarms due to the high rejection rate of claims. In the year 2021, out of 2.81 lakh applications received in Karnataka, as many as 1.8 lakh claims made by Scheduled Tribes (ST) and Other Traditional Forest Dwellers (OTFD) were rejected by the government.

Most of the reports suggest that the issue lies not with the forest-based Scheduled Tribes but with OFTD. However, before we get into the details, let us understand what the Forest Rights Act-2006 is.

According to the Ministry of Tribal Affairs, Government of India, The Forest Rights Act (FRA), 2006 acknowledges the rights of the forest-dwelling tribal communities and other traditional forest dwellers upon forest resources as these communities are contingent on the same, for several requirements comprising livelihood, habitation, and other socio-cultural needs.

Why did the FRA come into existence?

The term Forest Rights dates back to the colonial period. The British diverted large troves of forest wealth from the country to meet their revenue requirements. Although the strategy for the settlement of rights was accounted for within the ambit of the Indian Forest Act, 1927, it hampered the lives of lakhs of forest dwellers. So, to undo the historical injustice that occurred to the forest-dwelling communities and to ensure land tenure, livelihood, and food security, the Forest Rights Act 2006 came into existence.

Under the Forest Rights Act, the rights of individuals and that of the community are identified separately.

The right of self-cultivation and habitation are usually regarded as Individual Forest rights.

Under the Community Forest Rights, the below-enumerated rights are included.

FRA also provides rights to the allocation of forest land for developmental purposes to fulfil the basic infrastructural needs of the community. In conjunction with the Right to Fair Compensation and Transparency in Land Acquisition, Rehabilitation and Settlement Act, 2013 FRA protects the tribal population from eviction without rehabilitation and settlement.

What are the guidelines to be followed while making claims?

When it comes to claiming rights under Forest Rights Act 2006, be it individual or community, Gram Sabha is the major governing body comprising the village assembly. Gram Sabha suggests who has been cultivating land for how long, what minor forest produce is gathered, and so on. The Gram Sabha being a democratic and transparent public body fulfils these purposes. Once the Sabha identifies the ownership, the suggestion goes through the Taluk and District Screening Committees. The final call of acceptance will be taken up by the District Screening committee.

During the screening process, if the officials of people from neighboring areas find out that the claim being made is false, an appeal can be made at both the committee levels and if it turns out to be true, the right will be refused.

Also, it is important to note that the land that is once recognized under the Forest Rights Act 2006, cannot be sold or transferred.

Who can claim their rights under FRA?

When it comes to claiming their rights, the Scheduled Tribes members or communities who are predominantly residing in and relying on forests or forest areas for bona fide livelihood needs can are entitled to it.  But, through numerous news reports and government data, it is observed that the majority of the rejections of claims often come with the factor that the individuals or communities fail to provide documents to authenticate their ownership in the forest areas. The Gram Sabha has the power to decide the type and scope of Individual Forest Rights (IFR), Community Forest Rights (CFR), or both, which may be granted to FDST and OTFD.

What leads to rejections?

According to the Indian Express news report, in the Shivamogga district of Karnataka, it was noted that around 44 thousand claims were rejected in February 2022. The District committee had received as many as 97,074 claims under the Act, out of which 44,016 claims have been rejected and the rest were said to be pending.

Shivamogga being one of the districts in the Western Ghats has wide forest ranges. The government and the concerned officials opine that the claims are rejected mostly for the reason of ‘encroachment’. The Upa Lokayukta Report of 2018 suggests that in Shivamogga circle alone as many as 51,892 cases were registered for the encroachment of 86,161.81 acres of forest land.

One of the guidelines for making claims suggests that rights can be claimed under FRA only if any member or community has lived on the forest land for 75 years (for OTFD), that is at least three generations prior to December 13, 2005, for genuine livelihood needs. This is one of the major reasons for the high rejection rates. The forest dwellers are facing issues in getting their claims accepted as they lack documents to prove that their families lived in the same area for generations. Lack of education about FRA and access to information add to the woes of these dwellers.

Going by the data, OTFD is the community that is facing the highest rejections. It can also be noted that in February 2019, the Supreme Court ordered the eviction of forest-dwellers whose claims were rejected under the FRA. This included lakhs of people belonging to STs and OTFDs categories across 16 States. The court had ordered the Chief Secretaries of many of these States to evict those whose claims were finally rejected. The court directed that the eviction be carried out by July 24, 2019.  However, after receiving widespread criticism from the tribal groups and a petition from the central government, the Supreme Court put a stay on its order on February 28, 2019.

In Jharkhand, a study carried out by the Scheduled Castes & Scheduled Tribes Research and Training Institute (SCSTRTI), Bhubaneswar called ‘Impact Of FRA In The Life And Livelihood Of Women Headed Households Including Widows: State Initiative, Success Story, Issues & Way Forward’, it is stated that only 40% of the Women Title Holders were aware of the purpose of application collection and 19% of the women do not know about the claim making process. The study also claims that the women from OTFD faced more difficulties than the STs. Not just the women folk, but there is need to sensitize the forest dwellers about the process of claiming rights.

Odisha is home to more than 62 Scheduled Tribes Communities, 22.8 percent of Odisha’s population fall under these ST categories. One might wonder how Odisha is managing the claims under FRA. In a first, the Government of Odisha created an atlas in 2019 to study the potential forest land under FRA. Going by the Atlas, the government submitted a report to the Union Ministry of tribal Affairs that only 951.84 sq km (3 percent) for CFR rights and 2,600.27sq km (32 percent) for IFR were recognized.

This atlas helped the government and the departments concerned to understand the level of implementation of FRA. Today, Odisha stands as the leading state in terms of FRA implementation given that it has approved 4.57 lakh Individual Forest Rights claims until the end of April 2022.

For the effective implementation of FRA, as many as 160 Forest Right Cells have been formed at tehsil, sub-collector’s office, and district-level in tribal sub-plan areas where the tribal population is more than 50 percent of its total population.

The Government of Maharashtra also set an example by bringing modifications to the Forest Rights Act 2006. The amendment enabled the STs and OFTDs to build houses in the neighboring forests. This move by the government was aimed at preventing the migration of forest dwellers from their native land.

What is the way forward?

Schemes and programs that are already developed for the indigenous communities are to be implemented in letter and spirit across the length and breadth of the country. Another way forward is to introduce individuals who are sensitized to the vulnerabilities of tribes in the decision-making process of each stage. Odisha’s Forest Right Cells can be implemented by other states as well.

Lastly, it becomes crucial to record, that all is not bleak in the woods as evidenced in the unique case of the Vidarbha region of Maharashtra where in much of the region’s potential community forest rights claims have been recognized in the name of Gram Sabhas within the ambit of the FRA, 2006. Crucial factors such as the collective role of the Gram Sabhas, the action taken by non - governmental organizations, grassroots organizations, and state implementing agencies have played a role in affecting the implementation of the CFR rights in the region.

Dr Ananya Samajdar, Deputy Director GRAAM, says, “The potential of FRA for affirming the rights of forest-dwelling communities, including the STs, cannot be unleashed without demystifying FRA procedures among stakeholders across the spectrum and strengthening the accountability of functionaries. It is imperative to simplify and streamline the processes for availing individual and community rights. It is also critical to strengthen the quality of data pertaining to the implementation of the Act.”

Dr Basavaraju R Shreshta, Executive Director GRAAM opines, 'The foremost thing to happen in order to effectively ensure objectives of the Act is ‘effective people’s committee'. Forest Rights Committees should be properly constituted and capacitated. Like most people’s committees, committees we have seen are merely on paper and most members do not know that they are part of it. Unfortunately, most personnel have thought if land rights are settled, implementation of the Act is completed. There must be a stipulated timeline to resolve the pending applications. An action plan to implement the act in its entirety is needed both at the central and state level.”